The Air Canada Centre was quieter than I had expected when we arrived. We were sitting 9 rows from the front so we had a great view of the players warming up. 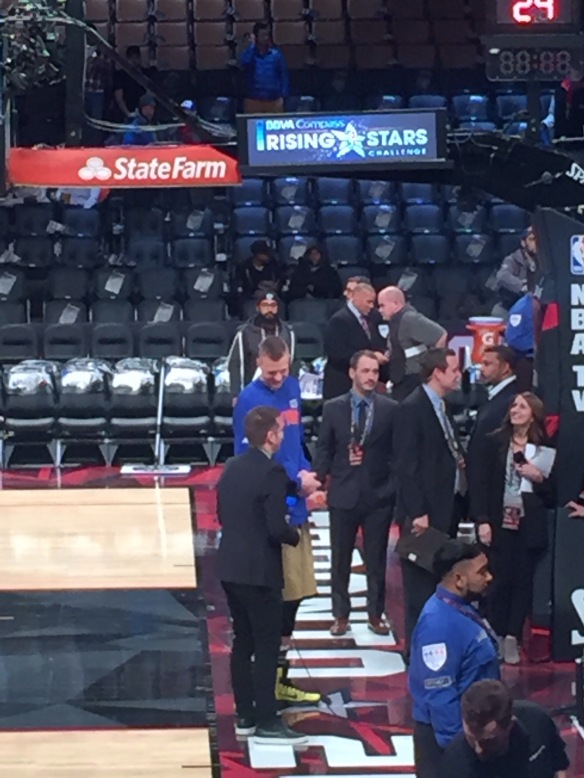 The Rising Stars game is USA v The World. As we are in Canada, The World was effectively the home team.

These games are exhibitions, a chance for the best rookies and sophomores to show off their skills. Defence is usually only an afterthought. For that reason a lot of people dislike All Star. I love it though, it’s a chance to see the players making the flashy moves and having a bit of fun with the game.

The venue had a lot of empty seats. I am pretty sure the game had sold out in advance so  I’m not sure why there were so many empty seats but there were visible all around the arena.

The fans that were in attendance did not really seem to be enjoying the game. The people around me talked the whole time and didn’t seem to know who any of the players were. This was a shame as the game was very entertaining. There was a lot of dunks, 3 point shots, sneaky steals and passes. Sporadically a chant would start but strangely the chant was frequently for the Raptors rather than for any one of the players on the court. 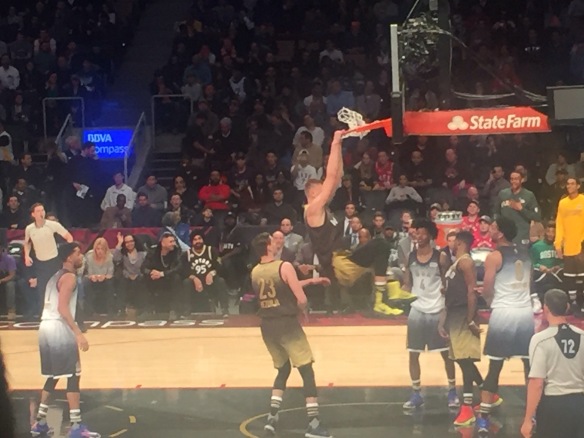 It was shame that the atmosphere was lacking as it was a really entertaining game.  I can only hope that the remainder of the All Star weekend has more atmosphere.